Hope these photographs help you to find your concerned department at the newly inaugurated South Goa Collectorate Building.

Having all government buildings under one roof is a wonderful idea but it is useless if no time-bound delivery is set for specified goods and services.

We suggest a Citizen’s Charter be formulated so that it ensures timely delivery of goods and services to the citizens. The Charter should contain the details of the goods and services to be provided and their timelines for delivery. Failing to provide the services within the timeline should invite fines and penalties to the concerned officer or Govt. official.What do you think? Is it fair and feasible? 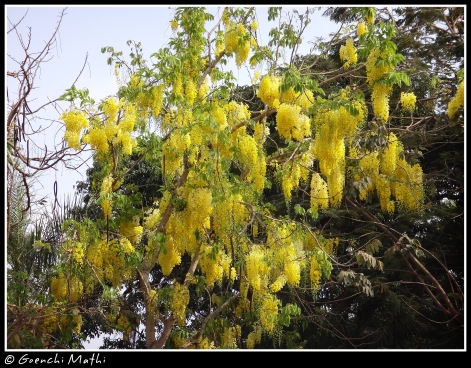 About the Tree:
It is one of the most beautiful of all tropical trees when it sheds its leaves and bursts into a mass of long, grape-bunches like yellow gold flowers. A tropical ornamental tree with a trunck consisting of hard reddish wood, growing up to 40 feet tall. The wood is hard and heavy; it is used for cabinet, inlay work, etc. It has showy racemes, up to 2″ long, with bright, yellow, fragrant flowers. These flowers are attractive to bees and butterflies. The fruits are dark-brown cylindrical pods, also 2” long, which also hold the flattish, brown seeds (up to 100 in one pod). These seeds are in cells, each containing a single seed. The golden shower tree is the state flower of Kerala in India. The flowers are of ritual importance for the Vishu festival of the State of Kerala. A postal stamp was issued by the Indian Postal Department to commemorate this tree. The flower of the golden shower tree is the national flower of Thailand; its yellow flowers symbolize Thai royalty 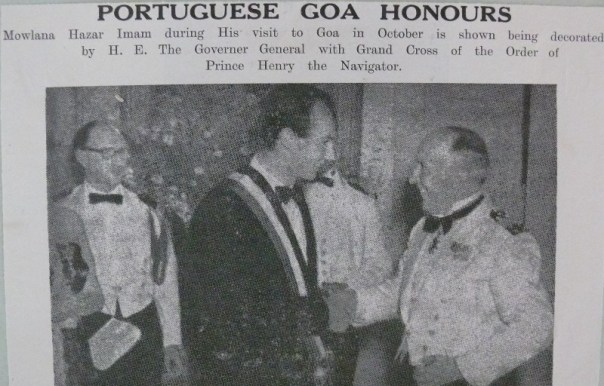 About Aga Khan park:
The Northern segment of the Margao Municipal Garden was developed by a businessman, Abdul Javerbhai Mavany . It was named after H.H. The Aga Khan, during his visit just before Goa’s liberation and and inaugurated by Goa’s last Portuguese Governor General, Vassalo e Silva, in 1959. The entire garden is now a Municipal property and maintained by Margao Municipal Council.